You will earn 210 Krakloons for purchasing this product. 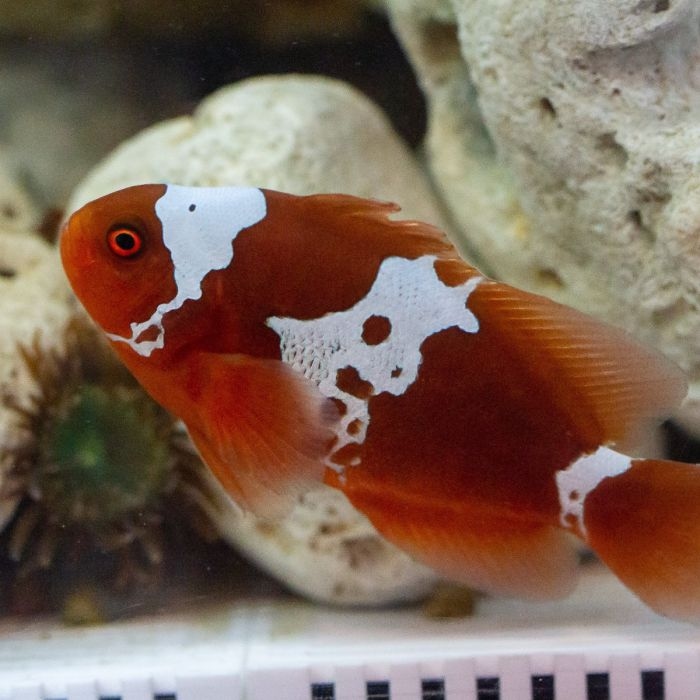 The Captive-Bred Lightning Maroon have extraordinary one of a kind “Lightning bolt” like patterns, no two individuals look the same. As these fish mature their coloration and patterns will intensify, become darker and may change.

Maroon clowns are well known for their intense coloration and oversized fins as well as their confident disposition. An adult sized Lightning Maroon with fully mature coloration is a remarkable centerpiece fish for any home aquarium. When pairing this species, it's typically best to have a dramatic difference in size between the individuals.

The females will be the largest of the pair, and two fish will usually stay close to each other in the aquarium. These fish are egg layers and will deposit the eggs on a flat surface, and defend the eggs from other tank mates. The eggs will normally hatch in 8-11 days depending on the temperature. The fry must be reared in a separate aquarium on a diet of rotifers then baby brine shrimp.