You will earn 190 Krakloons for purchasing this product. 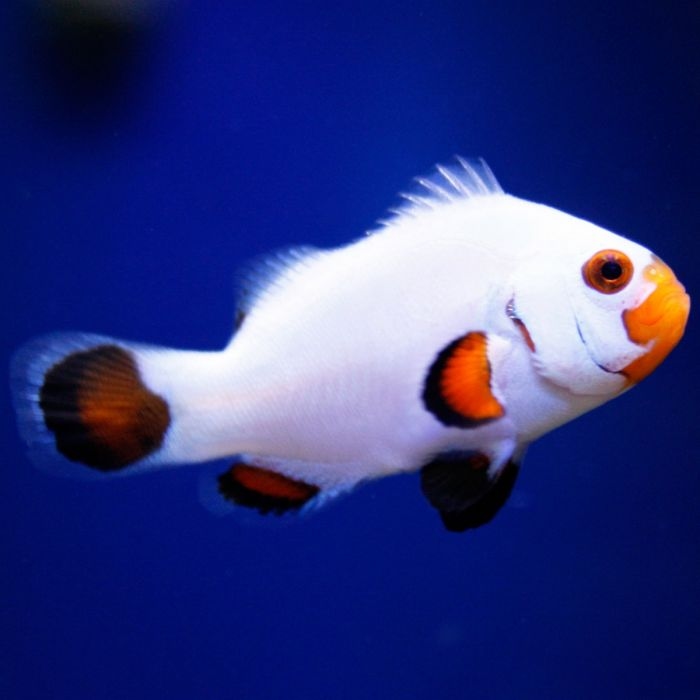 The Captive-Bred Wyoming White Clownfish is also easy to breed in the home aquarium. The females will be the largest of the pair and the two fish will usually stay close to each other in the aquarium. The Captive-Bred Wyoming Clownfish is an egg layer and will deposit the eggs on a flat surface and defend the eggs from other tankmates. The eggs will normally hatch in 6-11 days depending on the water temperature. The fry must be reared in a separate aquarium on a diet of rotifers followed by baby brine shrimp. This Clownfish is an aggressive eater. It will accept most meaty foods and frozen herbivore preparations.