You will earn 29 Krakloons for purchasing this product. 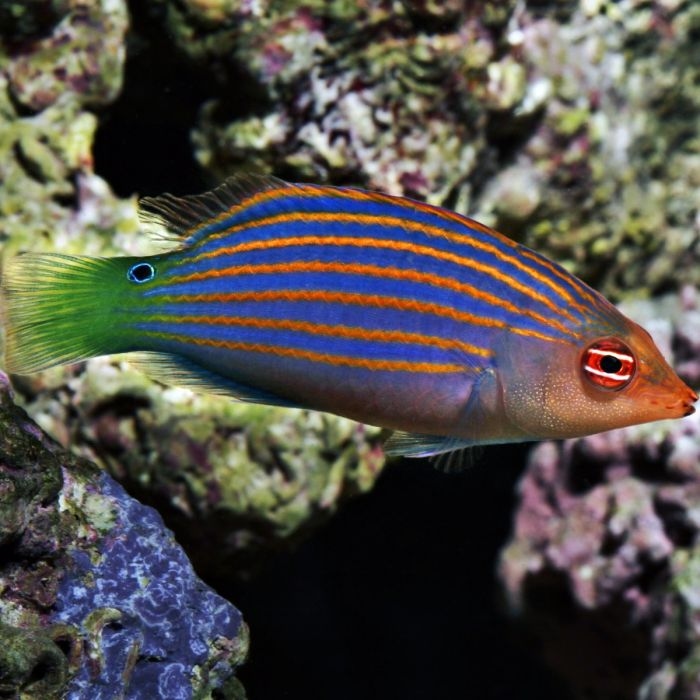 The Six Line Wrasse is both beautiful and active. With its six distinct, horizontal blue lines overlaid against an orange body, this member of the Labridae family brings a zip of color to any marine reef aquarium.This is especially true when a courting male Six Line Wrasse displays an increased color intensity. However, it is the active darting amongst rock outcroppings and corals that most attracts the Six Line Wrasse to any onlooker.

Also known as the Sixline or Sixstripe Wrasse, Pseudocheilinus hexataenia is native to reefs of the Indo-Pacific and the coast of Fiji. Here, the Six Line Wrasse forages amongst corals and rocks for foods, mainly keeping to itself. In the home aquarium, the Six Line Wrasse requires a peaceful environment with a generous supply of hiding places and live rock on which they can forage for food. Here, the Six Line Wrasse will search for live foods in the form of small crustaceans such as pyramidellid snails (clam parasites), urchins, and commensal flatworms.