You will earn 36 Krakloons for purchasing this product. 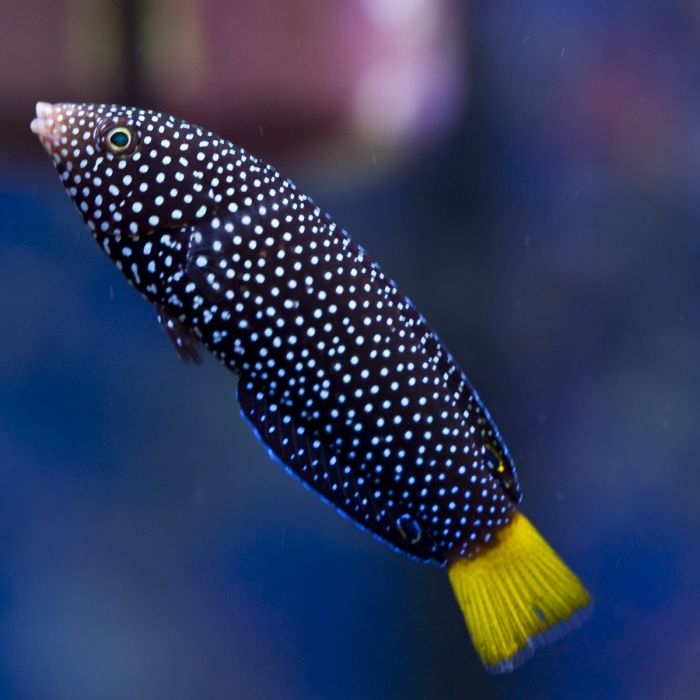 Yellowtail Wrasse - Anampses meleagrides: The Yellowtail Wrasse is also referred to as the Yellow-tail Tamarin, or Spotted Wrasse. It has a black body covered with varying sized white dots. The tail is bright yellow.

It does not have any specific swimming level and is can be kept in reef aquarium. The aquarium may be decorated with coral or rocks. The Yellowtail Wrasse may be very difficult to keep in an aquarium due to its feeding habits. It eats very small invertebrates (amphipods) that grow on live rock. Proper care should be taken to feed them. Once it starts eating in the aquarium its diet should include live, small feeder shrimps (brine, mysid) and finely chopped marine meats.