You will earn 77 Krakloons for purchasing this product. 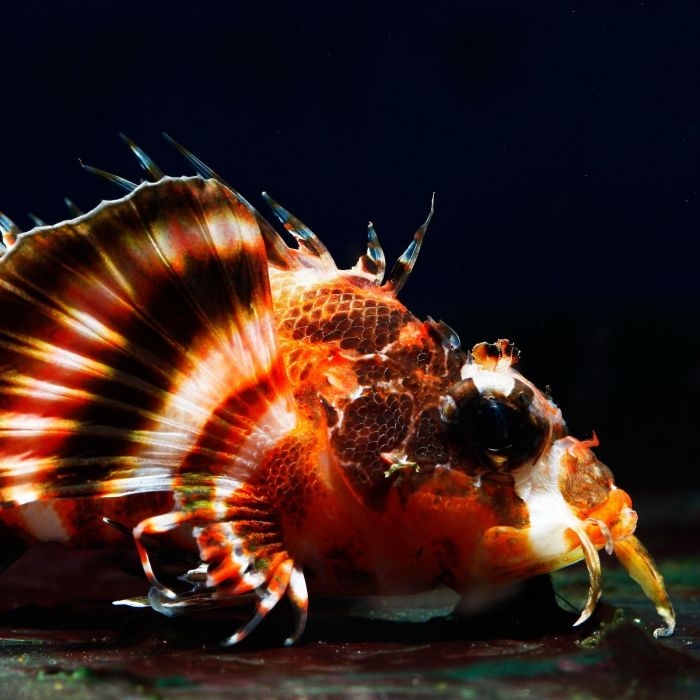 The Fu Manchu Lionfish, also known as the Twinspot Lionfish, or Ocellated Lionfish, has red, white, and black vertical stripes along the body. It has large, fan-like pectoral fins, and tall, quill-like dorsal fins. It is unique from other Lionfish because of the two, feeler-like appendages on the chin.

A 30 gallon or larger aquarium with numerous hiding places is suitable. It will hide while acclimating to its new environment. The top spines are venomous, causing reactions similar to a bee sting, only stronger. When first introduced into the aquarium, live saltwater feeder shrimp should be used to entice this fish to eat.

The Fu Manchu Lionfish diet consists of meaty foods such as live shrimp (including ornamental shrimp), live fish, and sometimes, crustacean flesh and most will eventually accept larger frozen foods.