We will call you to arrange shipment of Corals / Critters. For the health of the animals we currently only post livestock on a TUESDAY and WEDNESDAY to reduce extended periods of time in the postal system.

You will earn 20 Krakloons for purchasing this product. 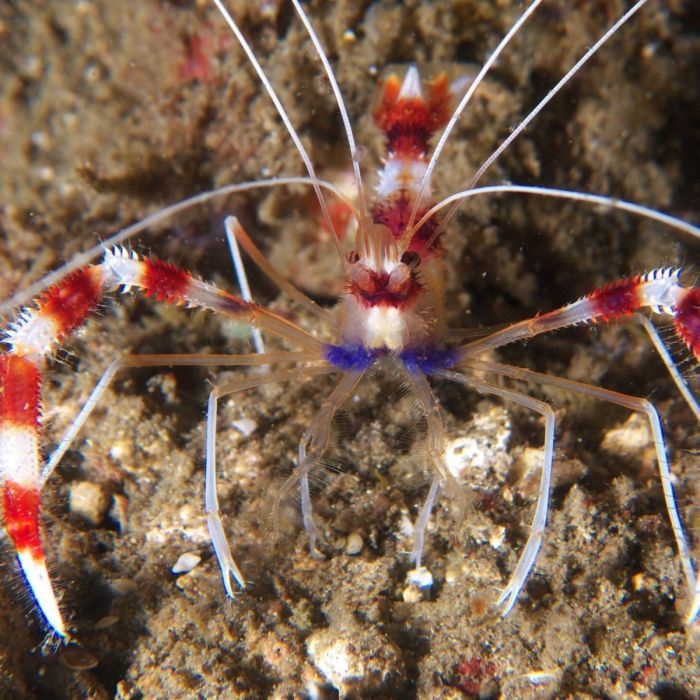 The Banded Coral Shrimp catches the eyes of most aquarists with their beautiful coloration and body shape. It has striking red and white bands across its body with fairly long pinchers and extra long white antennae. Combined with its prickly body texture, this peaceful member of the Stenopodidae family brings interest to any marine aquarium.