You will earn 28 Krakloons for purchasing this product. 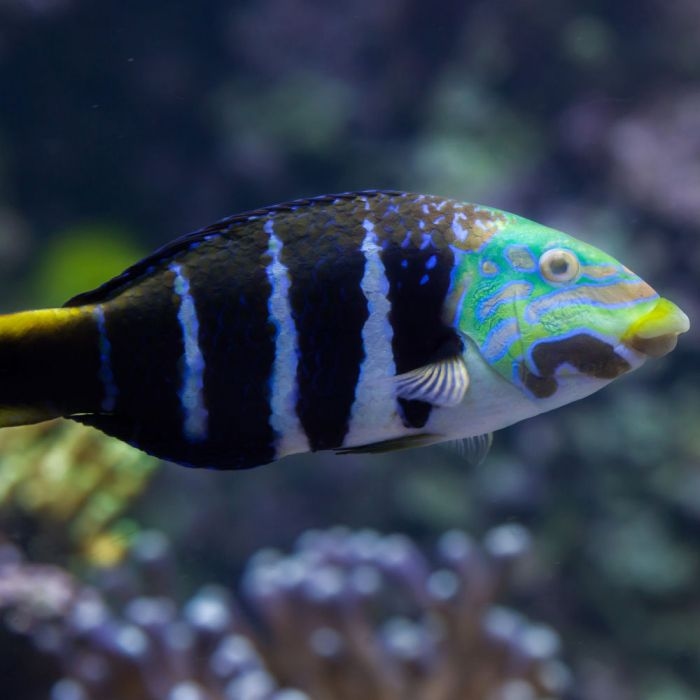 Rarely seen in the trade with juveniles black with white bars on the body and the adults having more white and various colored stripes on the head, along with wider body bars. Best maintained in large fish-only aquariums having several rocky crevices to sleep in and also open swimming areas. Sometimes bury themselves if frightened, however, usually sleep under rock shelves, on or under a coral branch, in a crevice, or directly on the sand surface.

Providing a deep sandbed of about 8 inches (20 cm) of fine-grained sand would be a good idea. As to diet, products such as marine fish and crustacean flesh, clams, and other marine meaty foods should make up the majority of the juveniles diet and be enriched and chopped into small pieces and fed small portions five or more times per day.

Adults may need live foods, such as snails, crabs, and grass/glass/ghost shrimp to survive.