Currently unavailable in our shop but available from our supplier. Expected delivery Thu 18th Aug to Wed 24th Aug (may vary)

You will earn 227 Krakloons for purchasing this product. 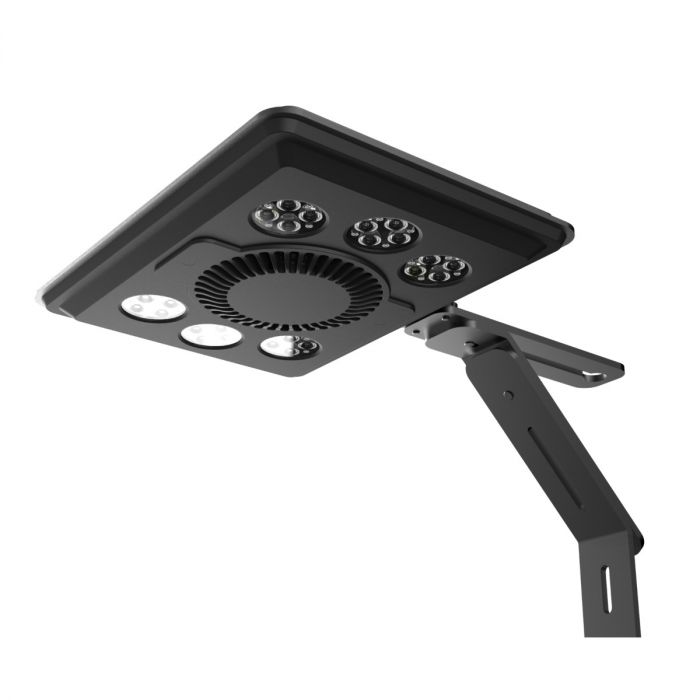 The New Maxspect Jump LED lighting system is Maxspect’s first cloud based product so it can be altered from anywhere in the world at the touch of a button and this neat little unit has some great features.

The Jump LED is designed to cover a footprint of 2 x 2 feet meaning its multiple units for larger tanks.

The unit uses a similar airflow design to the Ethereal with a central fan pulling air from the top and bottom of the fixture and passing this through the body for high efficiency cooling of the LED heat sinks.

Although the unit is only 65w at full power don’t be fooled into believing it doesn’t pack a punch and that’s because it uses Multi Phase Colour Temperature Technology or MPCTT for short.

What is this you ask well each jump LED unit contains 44 x LED this allows the unit to run between 95% and 100% efficiency or 62-65w on each colour temperature you select. When you compare this to the majority of LED units on the market, they can sacrifice up to 40% of their power when changing colour temperature.

The Jump LED also has a built in acclimation mode for your corals and a moonlight setting with automated lunar cycle.