Currently unavailable in our shop but available from our supplier. Expected delivery Mon 08th March to Mon 15th March (may vary)

You will earn 240 Kraken Points for purchasing this product. 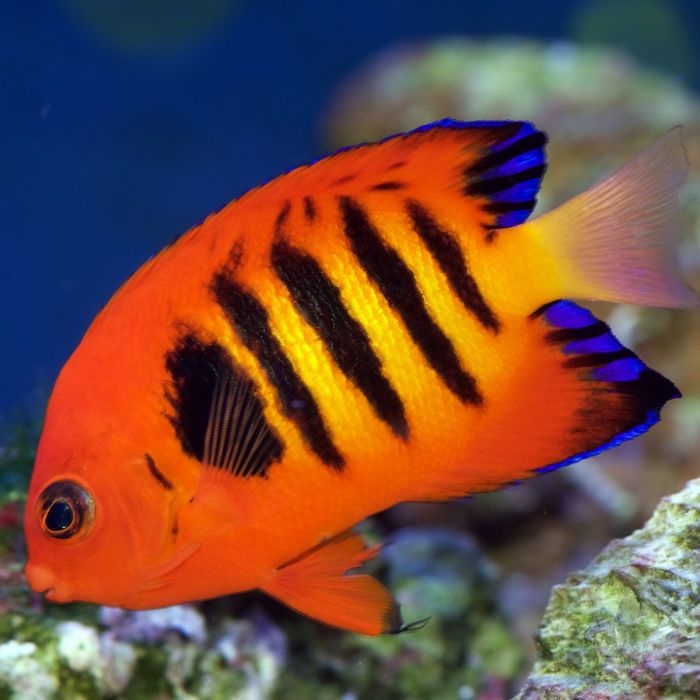 The Flame Angel is very sensitive to elevated levels of copper, and should never be exposed to levels near or above 0.15 ppm. The Flame Angelfish is hermaphroditic, very difficult to breed in an aquarium, and has no distinguishable differences in color between male to female.

The diet of the Flame Angelfish should consist of Spirulina, marine algae, high-quality angelfish preparations, mysis or frozen shrimp, and other high-quality meaty items.