You will earn 58 Kraken Points for purchasing this product. 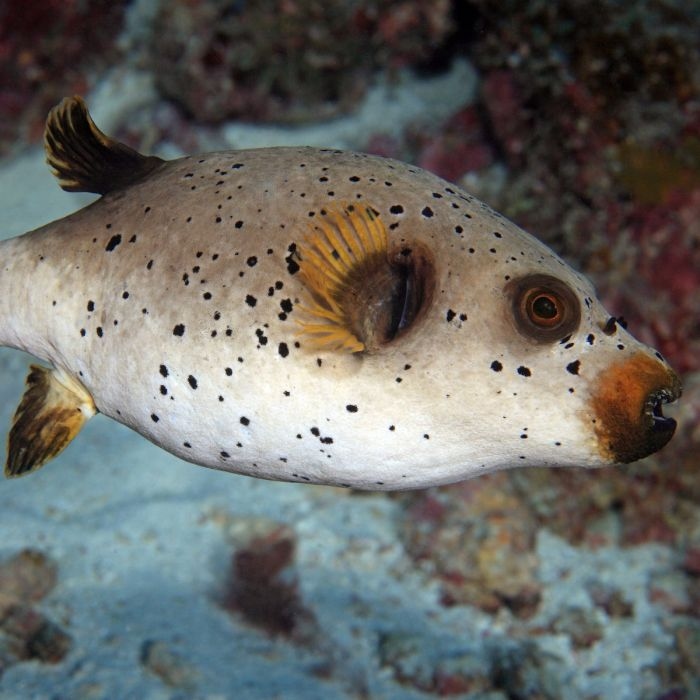 The Arothron Dog Face Puffer, also known as the Blackspotted Puffer, gets its name from its resemblance to canines. It changes appearance during different stages of life. While in the gray phase, it is gray with black markings around the mouth, eyes, and dorsal fin. The pectoral fins have a yellow appearance. The half-yellow phase is denoted by a yellow underbelly and dark gray overcoat, while the face looks similar to the gray phase. It may also have black spots over the body, which may be gray or yellow.

The Arothron Dog Face Puffer makes a great addition to these tanks with its great personality and unusual appearance. It will eat invertebrates found in a reef tank. It tolerates other Puffers that are not more aggressive than itself.

It is shy at first, and becomes alarmed when in a net, therefore, use a container to transfer it. The Arothron Dog Face Puffer needs a varied diet of meaty foods including; squid, krill, clams, and hard shelled shrimp to help wear down their ever growing teeth.