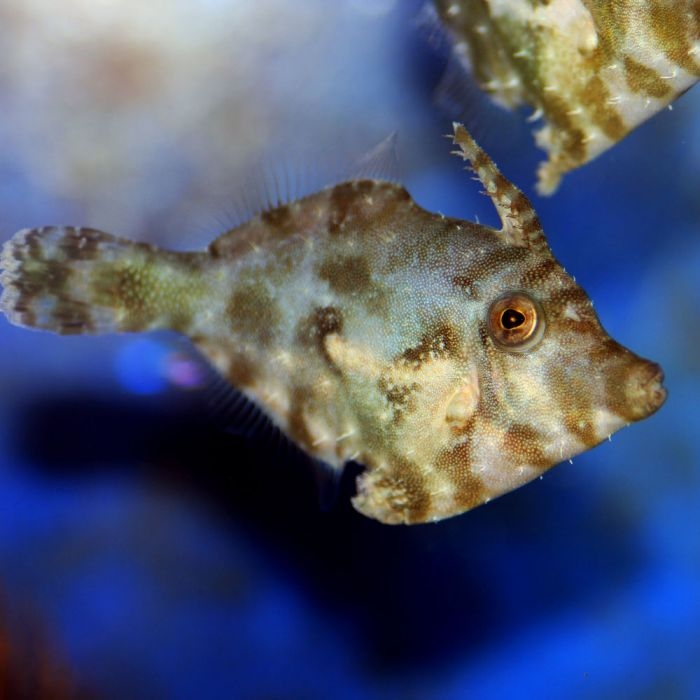 The Matted Filefish is also known as the Bristletail Filefish, Matted Leatherjacket, Tomentosus Filefish, or Aiptasia Eating Filefish. The body is a mottled green, brown, and tan coloration.

It is a shy fish, and rarely aggressive towards other fish except those of its own genus. It is best suited for aquariums 30 gallons or larger that does not contain small invertebrates. The Matted Filefish is known to eat Aiptasia anemone in the home aquarium, but normally nips at soft and stony corals as well.

The diet should include shaved shrimp, squid, scallop, mysis shrimp, freeze-dried krill soaked in a vitamin supplement, and frozen marine algae. The Matted Filefish should be fed small quantities of food several times per day. These fish have been known to spawn in captivity, and males are normally large than the females, having fine bristle-like hairs on each side of their body down the caudal peduncle or base of the tail.