You will earn 26 Krakloons for purchasing this product. 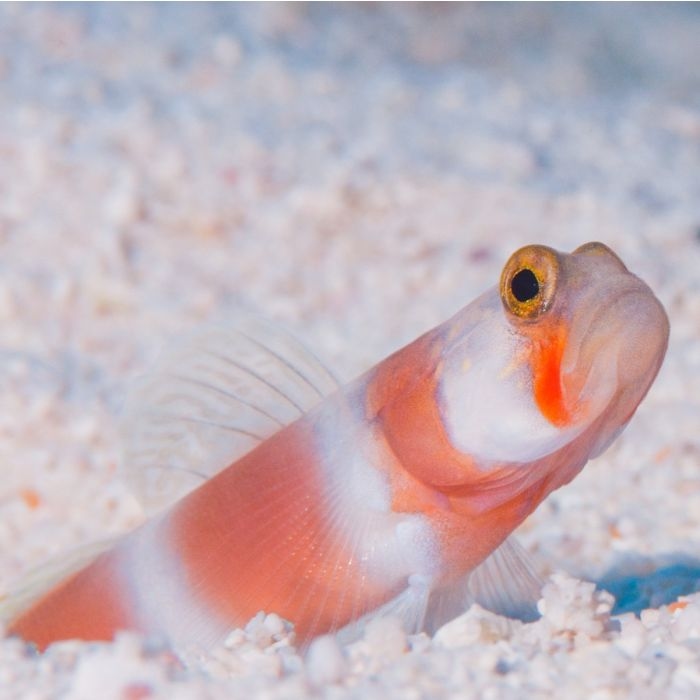 The Pinkbar Goby is also commonly referred to as the Suntail Goby due to the close relationship that can form between it and various shrimp. Its body is silver marked with pink rings, and a yellowish coloured tail with bright pink dots outlined in blue. Approximate Size: Small: 1-1/4″ to 2″, Medium: 2″ to 3″ Large: 3″ to 4″

It feeds mostly on prey suspended in the water column, but will pick food off the substrate as well. The Pinkbar Goby diet should include mysis shrimp, brine shrimp, table shrimp, and frozen food preparations for carnivores. It should be fed at least three times per day.

It should be housed in a 10 gallon or larger aquarium with plenty of loose coral rubble, and requires ample swimming room with a sand bottom for burrowing. It may try to jump out of the aquarium or other small opening, so a tight-fitting lid is required.

Rarely will it become aggressive towards other fish, but will fight with its own kind unless they are a mated pair.