You will earn 65 Krakloons for purchasing this product. 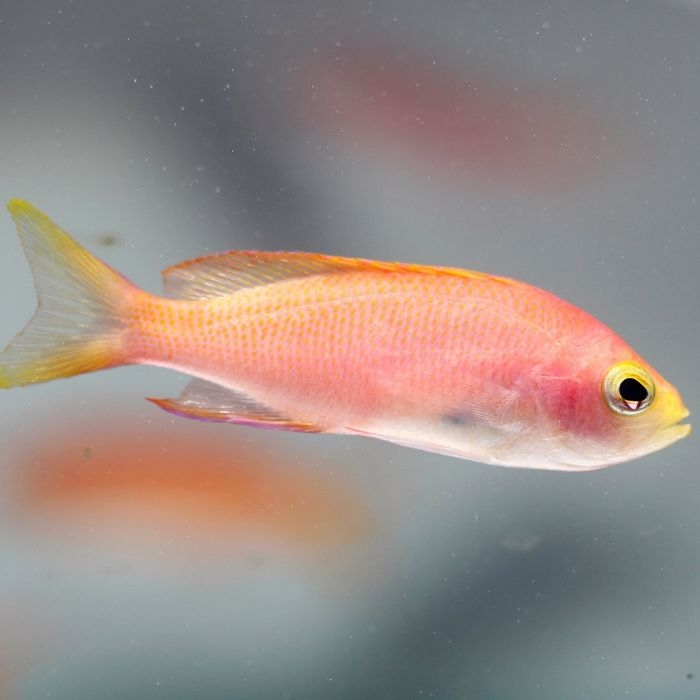 The body of the female is predominantly orange with a pink/purple hue and a yellow nose, dorsal fin and tail fin. Males are predominantly orange with the same pink/purple hue but have an almost clear tail and deep pink edges on their pectoral fins. Resplendent Anthias generally stay in the middle levels of the tank, but also require plenty of caves, ledges, and other hiding places.

Although a 70-gallon tank will suffice for one fish, if keeping a group of one male and several females, a 125-gallon tank or larger tank is needed. Anthias species all share the trait of being hermaphroditic. If a dominant male perishes, the largest female of the group will often morph to take its place.

Once acclimated to a new aquarium, Anthias do best when fed a varied diet of frozen mysis shrimp, enriched frozen brine shrimp, and over time may eat high-quality flake foods offered in small quantities throughout the day. An attached refugium cultivating copepods and amphipods provides a steady supply of nutritious live food sure to keep this active planktivore content.