Sorry, Out of stock

You will earn 280 Kraken Points for purchasing this product. 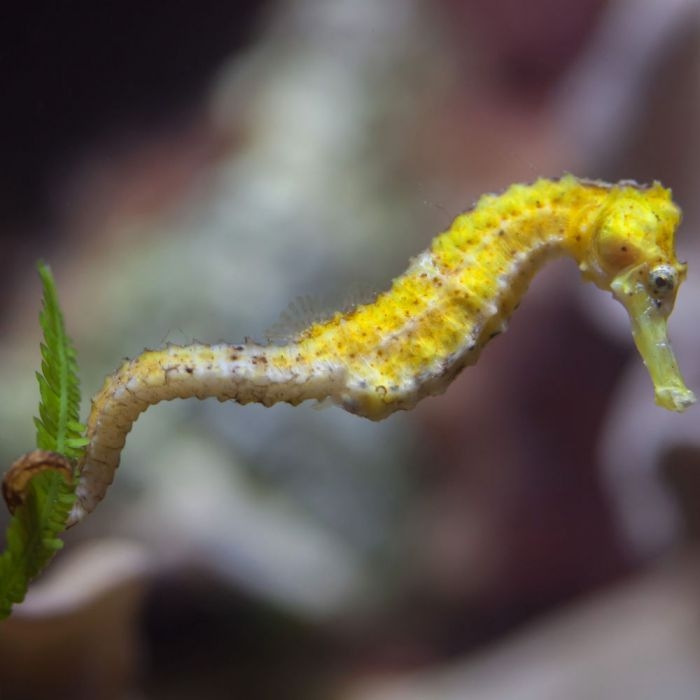 The Reidi is also known as the Longsnout Seahorse and is found in the Western Caribbean. These seahorses are Captive-Bred in Sri Lanka and are available in the Yellow or Black color variant. The coloration may change in the aquarium and is highly dependent on the colors of its environment. It does best when kept as either a mated pair, or with a small group of its own kind in a species-only aquarium of 30 gallons or larger.

The taller the aquarium, the better, at least 16 inches high is best, as good circulation is most important. It will get along well with small, shy fish such as gobies, ocellaris and percula clowns, and firefish. But aggressive, territorial fish, or fast-moving fish do not make good companions.

When ready to mate, the male Reidi Seahorse will impress the female with its dramatic color changes, energetic pouch displays, and lots of graceful dancing. If receptive, the future mate will entwine tails, dance, and promenade with it, and then deposit as many as 600 eggs in the male pouch. About 14 days later, the male will give birth between 50-400 perfect miniature replicas of the pair. Fast, aggressive fish will out-compete the Reidi Seahorse for food. When first introduced into the aquarium, live saltwater feeder shrimp should be used to entice this fish to eat. These Captive-Bred Seahorses are accustomed to frozen mysis shrimp, making them a smart alternative to their wild-caught counterparts.

They will also feed upon amphipods, and other small crustaceans found in live rock. They will also accept vitamin-enriched adult brine shrimp, but should not make up a majority of their diet. They are slow, deliberate feeders and prefer two or more small feedings per day. Seahorses spend most of their time clinging to seagrass with their prehensile tail rather than swimming. Its many unusual features and habits make it perhaps the most spectacular fish that may be kept in the home aquarium.