You will earn 39 Krakloons for purchasing this product. 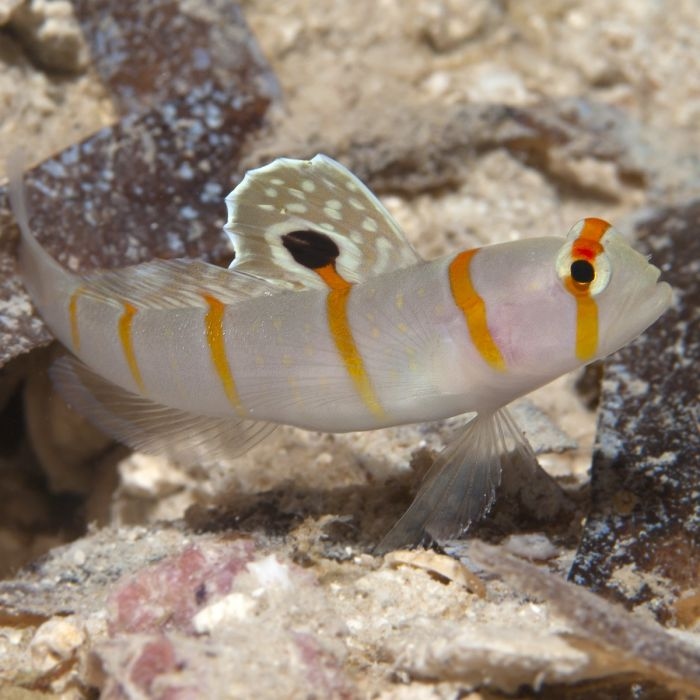 The Orange Stripe Prawn Goby, also known as Randall's Shrimp Goby, was first discovered in the Western Pacific in 1978 by Hoese and Steene. The body is white with orange stripes, with one orange stripe over the eyes and around its entire head. The male may be identified by the fan-like dorsal fin that bares a dramatic eyespot.

It requires an aquarium of 10 gallons or larger in size. It is a peaceful fish, but may occasionally quarrel with conspecifics if kept together, or if the tank is too small. When first added to an aquarium it may not eat for several days, but will usually acclimate and begin eating. It is not aggressive towards other shrimp gobies and may even share a burrow with another species.

It is possible for the Orange Stripe Prawn Goby to spawn successfully in an aquarium. They may also form a symbiotic relationship with any pistol shrimp.

The diet should consist of a variety of mysis shrimp, vitamin-enriched brine shrimp, and chopped table shrimp. It needs to be fed at least twice per day.