You will earn 37 Krakloons for purchasing this product. 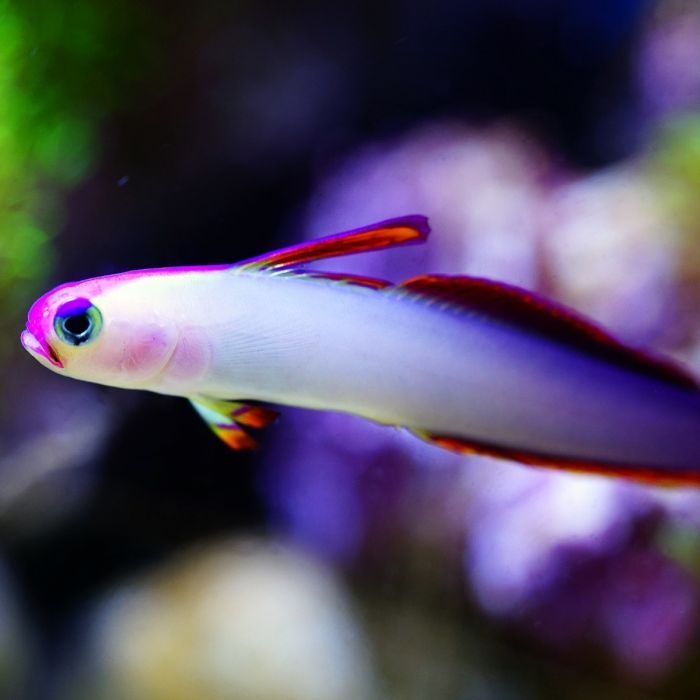 The Purple Firefish, also known as the Decorated Firefish, Purple Dartfish, Decorated Dartfish, or Flame Firefish, was first discovered in the Indo-west-Pacific Ocean in 1973 by Randall and Allen. The colorful body base is varied degrees of yellow to white, and deep shades of purple which begin at the head and ends with maroon-tipped fins.

It requires a 10 gallon or larger aquarium with plenty of loose coral rubble as part of the aquascape, and a tight-fitting lid to prevent it from jumping out of the tank. It will rarely become aggressive towards other fish, but is territorial, and will fight with its own kind unless they are a mated pair.

The Purple Firefish will feed mostly on prey suspended in the water column, but will pick food off the substrate. Its varied diet should consist of chopped or shaved seafood, frozen food preparations for carnivores, vitamin-enriched brine shrimp, and mysis shrimp. The vibrant coloring will fade if not fed a vitamin-enriched diet.