You will earn 150 Krakloons for purchasing this product. 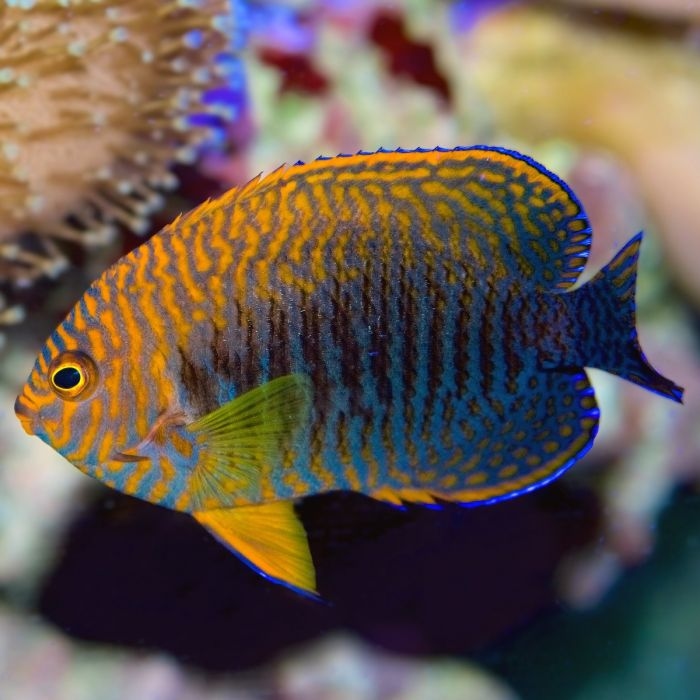 The Potter's Angelfish requires at least a 70 gallon, well-established tank with multiple hiding places and live rock for grazing on microalgae. It may attack soft corals and other sessile invertebrates in the reef aquarium. It is hermaphroditic, difficult to breed, and there are no distinguishing characteristics to help differentiate males from females.

The Potter's Angelfish should be offered a variety of foods including Spirulina, marine algae, high-quality angelfish preparations, mysis or frozen shrimp, and other meaty items.