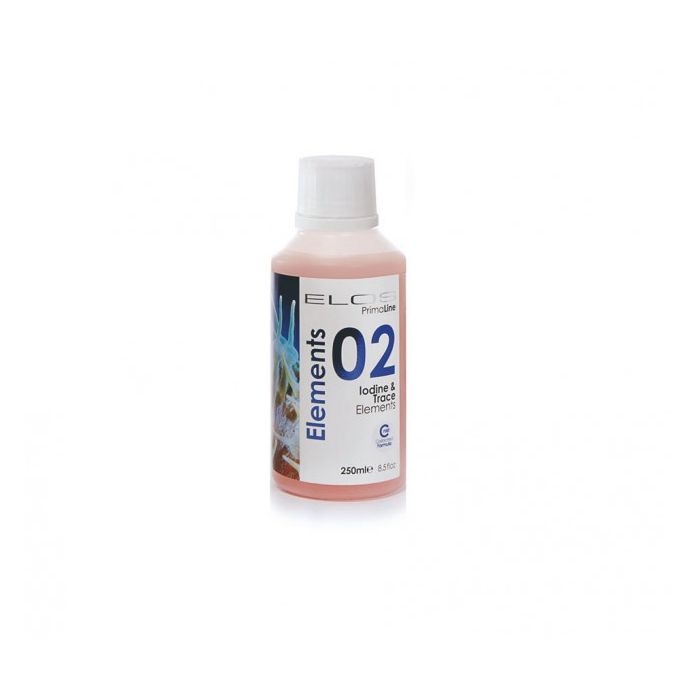 Elements is a concentrated, blend of Iodine, Bromine, Fluorine, Lithium, Molybdenum, Vanadium and Minor Trace Elements designed to restore and maintain the correct "Iodine Levels" as well as to replenish Trace elements normally depleted by utilization, precipitation and oxidation. Many marine aquariums lack this element which cannot be replaced by simple water changes.

In combination with Prima Alkali, it is the BASIC ADDITIVE that will satisfy 90% of the needs of an average marine aquarium full of life. Combined with Prima Alkali, Elements will provide the main source of ‘TRACE ELEMENTS’, in the Balling Method.