You will earn 40 Krakloons for purchasing this product. 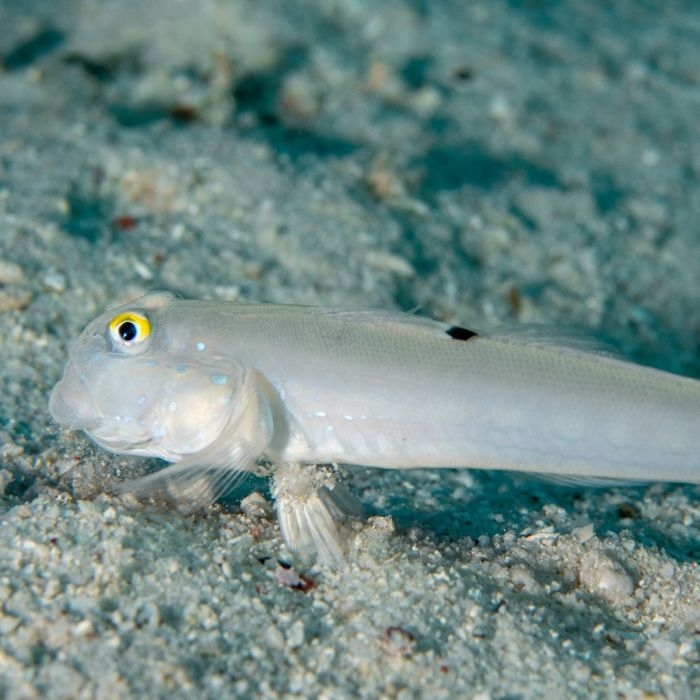 The Sleeper Blue Dot Goby, also known as the Ladder Glider, Ladder Goby, or Sixspot Sleeper Goby, has a white body with bright blue spots under the eyes and mouth. In order to successfully care for this fish,

it should be housed in a 30 gallon or larger aquarium with live sand as the substrate, and an attached populated refugium. It rarely will become aggressive towards other fish, but is territorial, and will fight with its own kind unless they are a mated pair.

The Sleeper Blue Dot Goby feeds off the bottom as it sifts through the sand eating mouthfuls of substrate and the food that lives within the sand. The diet should include a variety of live and frozen brine shrimp, mysis shrimp, live black worms, and prepared foods for carnivores, and it should be fed frequently.