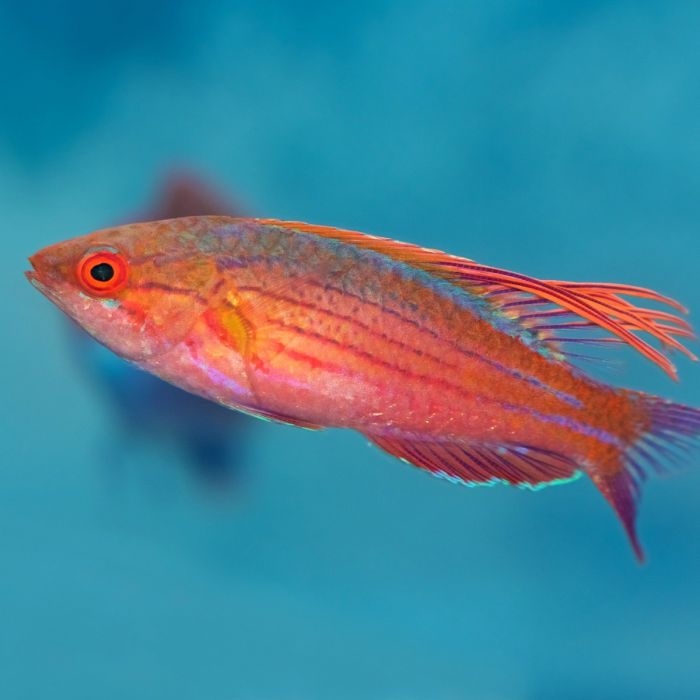 A tight-fitting canopy is also recommended. Flasher Wrasses should be fed two or three times a day in order to maintain their body weight. Since they feed on zooplankton and rarely pick at organisms on live rock, they will not thrive in the reef tank if they are fed infrequently. A good protein skimmer and Live Sand will help decrease the build-up of dissolved organics that may result from this frequent feeding regime.